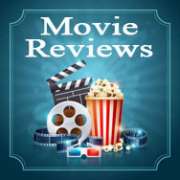 All About Movies has been film reviewing the latest New Release theatrical films for over 10 years beginning on Radio in 1999. All About Movies continues to this day selectively reviewing films. Naturally over the years not all film reviews were published as most were verbal on Radio however we have included a sample of some of the more recent ones for you to enjoy. With invitations to press screenings of upcoming films, we hope to bring you film reviews of films that will go on to be cinema classics starring a new breed of Hollywood names as well as the familiar vintage classic stars of yesterday. You may also find some films you may question how they ever got made. 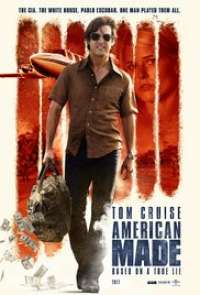 Film Review for American Made Starring Tom cruise and Sarah Wright.American Made starring Tom Cruise, Sarah Wright and DomhnallGleeson is a far better outing than Cruise's last poor effort in a remake of The Mummy. American Made briefly is the true story of Barry Seal, an American Airlines pilot who decides life is more profitable as a drug / gun running pilot for a number of covert operations run by the CIA / DEA and Drug Cartels. Directed by Doug Liman of Edge Of Tomorrow fame and script writer Gary Spinelli, American Made delivers on many fronts. 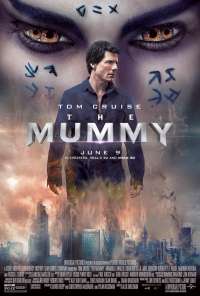 Film Review for The Mummy (Tom Cruise). This reviewer went to the premier of the new 'The Mummy' movie starring Tom Cruise and Russell Crowe. I must admit i liked Brendan Fraser and Rachel Weisz better in their earlier version due to the better character development and overall comic delivery by Fraser. In general the character development in the 2017 effort was lacking in the supporting cast,something that the Fraser version had plenty of with the sidekicks. This version is a very dark film that will no doubt make money and no doubt the studios will do a sequel as they always do BUT i expected more from this outing. A disappointing version when it could have been so good!

Rarely does a film franchise make it to its eighth installment with mostly the same cast members right throughout.Three mostly and six films at a stretch if they are hugely successful. Not even Star Wars or Lord Of The Rings can claim eight.With Paul Walker's passing you could easily have thought the franchise had ended and nicely so the way Seven did. However as Hollywood demands, if there is a buck to be made why not again.
Read more... 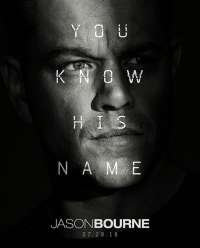 I feel the fim review can be summed up by saying essentially, the plot was a bit thin and general storyline somewhat tiring. Why? Damon is looking older but still in good shape however.  A newer and better storyline is required for the sequel that has been left open. On a positive note, the chase scenes were as good as any Bond film if not better thanks to the excellent Director of all the Bourne films - Paul Greengrass. Tommy Lee Jones usually puts in a good performance but I don't believe he was used to his full potential due to the storyline. Julia Stiles character could have been allowed to be used for a longer period of time in the film as well. I have liked the Bourne films including The Bourne Legacy but if there is another big improvements will have to be made. 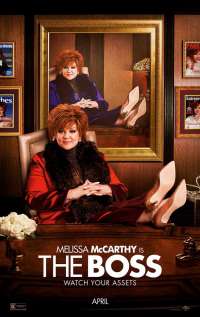 Melissa McCarthy (Spy and Bridesmaids) always brings to the screen her own unique brand of humour. It borders on slapstick and awkwardness which is guaranteed to get your attention. Doing a film review of 'The Boss' was always going to be full of surprises. In 'The Boss' her character 'Michelle Darnell' is a successful corporate executive who gets caught out participating in Insider Trading by a rival executive / past love interest played by Peter Dinklage (Game Of Thrones). Consequently she finds herself doing time for her crime and when she complete this, she turns to a past employee played by Kristin Bell (Forgetting Sarah Marshall) who takes her in when no one else will. 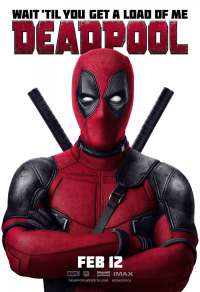 With so many superheroes out there these days you really don’t know what to expect when a Distributor invites you to a screening of yet another Marvel comic book character on film. Now if you are like this film reviewer did not read a lot of comics you are on the back foot to begin with. No doubt there were people in the audience who had read the comic that Deadpool movie originates from but I can happily say if you have not you will enjoy this film.Starring Ryan Reynolds (Woman In Gold) as our superhero ‘Deadpool’ we are taken on a journey of self-discovery. The old phrase ‘Don’t judge a book by its cover’ is a lesson that our anti superhero learns by the end of the film and the people that count in his life will accept him for. 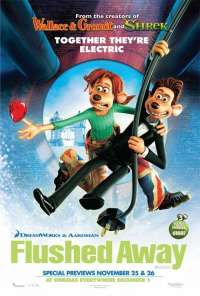 Dreamworks Animation put together two animated flicks in 2006 - 'Over The Hedge' (released in June) and 'Flushed' Away.  The quality of computer animation has improved greatly over the years but it sure has come at a cost. Flushed Away cost a staggering $149m to produce. How could a film with no live performances cost so much?It's a question that kids won't care about. They'll be more interested in seeing the tale of Roddy St James, a loveable rat who lives his life as a pet. 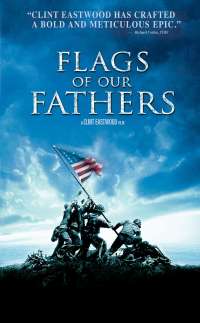 In February, 1945, one of the fiercest battles of the Pacific theater of World War II occurs on the tiny island of Iwo Jima. Thousands of Marines attack the stronghold maintained by thousands of Japanese, and the slaughter on both sides is horrific. Early in the battle, an American flag is raised atop the high point, Mount Suribachi, and a photograph of the raising becomes an American propaganda piece  to the war-sick Americans. Three surviving flag raisers, Rene Gagnon, John Bradley, and Ira Hayes, are whisked back to civilization to help raise funds for the war effort. But the accolades for heroism heaped upon the three men are at odds with their own personal realizations that thousands of real heroes lie dead on Iwo Jima, and that their own contributions to the fight are only symbolic and not deserving of the singling out they are experiencing. Each of the three must come to terms with the honors, exploitation, and grief that they face simply for being in a photograph.

The Kingdom Of Heaven (2005) Film Review 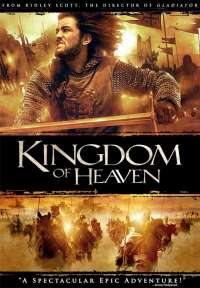 To do a film review involving British director Ridley Scott one normally will always be pleased with the effort and in general this was the case here. He has come along way since his days as a TV commercial director. His most recent effort illustrates why he is currently the master of big budget CGI (Computer Generated Images) films. Five years ago he enthralled us with Gladiator and his talent for creating a hero in a period piece is evident once again. Set during the great crusades when religious wars were ruling the earth (not unlike today in some cases), we are taken on a journey where Orlando Bloom (lord of the rings trilogy) stars as "Balien of Ibelin", a blacksmith who finds himself learning the's List). When his father dies in the course of defending his son during battle, Bloom inherits a family reputation of responsibility and respect his father earned as a lord. 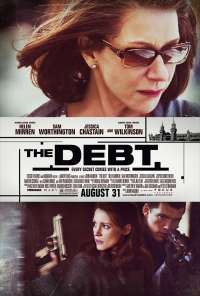 Film reviewing “The Debt” starring Helen Mirren as a retired Mossad secret agent (Rachel) was always going to be exciting and i can happily report she gives perhaps her finest performance to date since “The Queen”. The storyline centres around three Mossad agents Rachel, David and Stephan who in 1966 are sent on a mission to hunt down a Nazi war criminal and bring him back alive to face justice in the courts. The notion of loyalty to family both past and present, country and colleague is the key concept presented in “The Debt” directed by John Madden. Madden’s last major film was the acclaimed “Shakespeare In Love” and the wait for another success has been worth it.